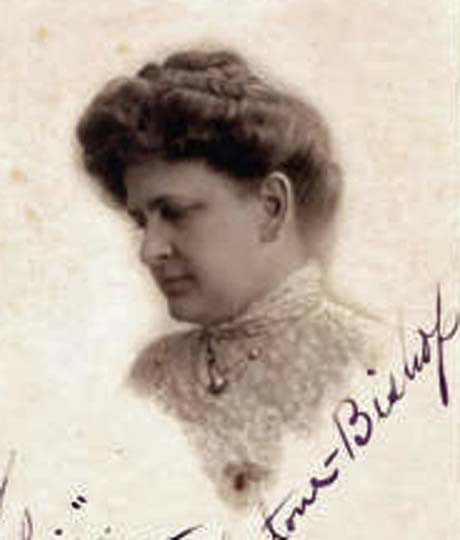 An incident  of quite an interesting character, as well as a surprise, happened to Prof. Albert H. Morehead of the Baylor music faculty, several days ago, and will no doubt prove as interesting to his many friends.

In reading the “Musical America,” his attention was attracted by an article from Los Angeles, Cal., stating that the celebrated American soprano, Mrs. Genevra Johnstone Bishop, formerly of Chicago, but now of Los Angeles, had been chosen by Mrs. Harding to take charge of the musical affairs at the White House. Mrs. Bishop and Prof. Morehead have been friends for a number of years, and when she announced to him her intention of going to London to finish her voice education, he gave her a letter of introduction to his old teacher there, Wm. Shakespeare, with whom he had studied for fourteen months, and who at that time was the most celebrated teacher in Europe. Upon her return to this country she at once took the position of the leading concert and oratorical soprano. Mrs. Bishop has been the principal soprano in most all the great musical festivals  conducted by Prof. Morehead. Her early life passed in Toledo and Marion, and her family and that of President are old and very close friends in consequence.

The president and his family are to be congratulated upon the acquisition of this accomplished vocalist for their official family, says Prof. Morehead.

Other information about Mrs. Bishop:

“She is the oldest child and only daughter of Mrs. and Mrs. J. C. Johnstone of Marion [OH]. After studying under the most eminent vocalists of this country she went to France and Italy and studied there. She has been honored by the friendship of [soprano Adelina] Patti and has been entertained at her castle in Wales [Craig-y-nos, now a boutique hotel, containing a theater built by Miss Patti]. At many great events Mrs. Bishop has performed as soprano soloist, and it was she who rendered the last musical tribute to the lamented Emma Abbott.” (Arizona Republic, 28 Dec 1898)